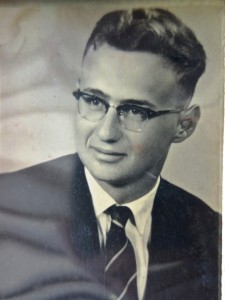 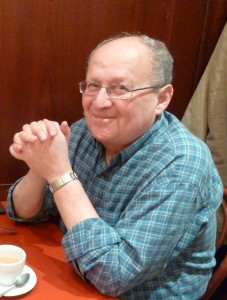 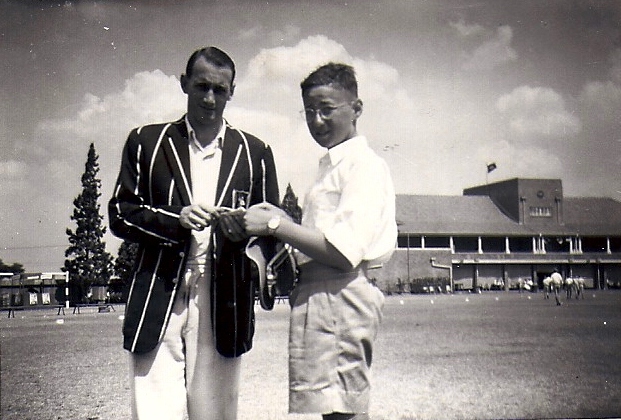 I remember him for different reasons from his students and colleagues. He was one of the brightest in the class, but generous with it and his love of cricket echoed our own. I remember going to see the MCC play in Bulawayo—Peter May, Colin Cowdrey, et al.—and I know we got their autographs, but I can’t find them. We used to sit on the grass at Hartsfield, watching the cricket, warm in the African sun. We had an idyllic childhood—our parents had fled Nazi Europe and somehow we landed in what seemed at the time, a paradise of Jacaranda trees, which we would climb, and close neighbours and friends. We would stroll around the streets of North End, visiting each other’s houses, playing on lawns, and staying in after school for sports. Even the girls played cricket!

At high school, Northlea School, Norm excelled, and his hand writing had improved from our years in Junior School! When I visited Norm and Adèle in September, despite not feeling well, he loved showing us his report cards and I was so impressed by his collection of Wisdens! We looked at Baines memorabilia again, and although he said he wasn’t a prefect, I have found the evidence that he was!

Norm was such a lovely, kind, funny, intelligent and generous person. He will be sorely missed, but I felt privileged to meet him again, and so pleased to have met Adèle. My deepest sympathies to the whole family—I wish you all Long Life.

I will now add a compilation of questions Norm answered in my autograph books and a few lines from his first girl friend, Perlie Lederer (now Harris).

These questions in my autograph book were written when we were about 13/14:

And what did he write in the book itself? Haha: 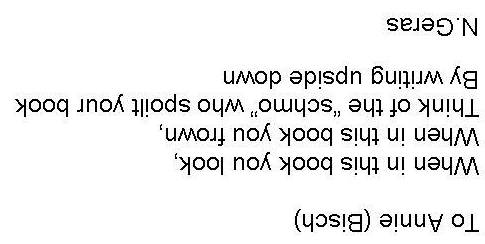 Perl has a photo of Norm sitting, à la Marlon Brando, on his scooter, drawing on a cigarette: it was taken outside his home in Bulawayo in 1962. Unlike the rest of us, he had motorized wheels, which made him perfect Boyfriend material!

Northlea High School had just beaten the all-boys Milton side at Rugby. This was certainly grounds for a celebration. And the Team were invited to a Barbecue at the home of the Coach (and Latin Master) Ray Suttle.  As Norms girlfriend I was included. (And the girls were all crazy for Raymond Suttle!)

It was the 60s and The Twist was the flavour of the dance floor. So we were each armed with a towel. This was grabbed behind our back at waistlevel, and with an alternate right and then left tug, we found ourselves “doing” The Twist.

Thank goodness, Norm’s career did not depend on it… But, as ever, in his company, we had so much fun.

I was newly married and living in Arkley in Hertfordshire. We had been away for a weekend to cousins in Norwich and on the way home swapped stories of Loves Long Lost.

I had mentioned to Cliff, my husband, that a Boyfriend was on the Teaching Staff at Manchester University. Well, on our return home and with the then help of Directory enquiries, he found his phone number. He asked to speak to Norm and introduced himself and asked if Norm remembered me!

Well, he did! And on his next visit to London, we had Supper together at our home. The excitement was tangible. Would he recognize me? Would I recognize him? There was no need to encounter any doubts and he shared the joy and love he had for Adèle and his daughters.

I hope these little anecdotes will give you a glimpse into our far-away childhood, where we had such a tight community, and so many friends. I echo Perl’s sentiment: