Prominent bloggers probably get more obituaries than most, and I don’t think that I can add much to the tonnage of praise and regret that has marked the passing of Norman Geras, late of Normblog.

However, I do have a three-part theory about why Normblog was so important.

Turning off the comments

Sure—the quality of writing and thinking on the site were pretty impressive. It stands to reason that retired Professor who is on a mission is likely to produce something worth bookmarking. But the site’s success can be traced to Norm’s decision not to enable the ‘comments’ function on his blog.

Even if you don’t write about anti-semitism, fielding comments can be a fairly soul-destroying experience. Once you start blogging about the You-Know-Whos, it gets a great deal worse. Norm’s combination of patient rigour and (almost) faultless civility would probably not have lasted long with that additional burden.

A lot of us started blogging to expose our thinking to a critical audience in order to develop our voice. We needed the commenters. We’d be depressed if we didn’t get them.

Norm didn’t have that need. His postings were unusual in that they tended to reflect thinking that was at a more advanced stage of gestation. Turning off the comments feature on his blog undoubtedly suited Norm, but it created a temporary vacuum that allowed this thinking to take on viral properties.

To either challenge or develop Norm’s thinking, you had to set up your own site or comment on the sites of others who linked to him. The need to respond, or to drag a tangent from one of Norms posts brought many of us over the tipping point.

Each new post, sparked by one of Norms, sent dozens of new readers Norm’s way and attracted comments of their own.

Norm’s politics had some of the properties we find in an Internet meme, or at least, one that works for the people who read newspaper op-eds.

It appealed to the innate fascination that politicos have for ‘revisionism’, and (treading carefully…) it was a sign of the muddle that the wider left was in at the time that an assertion of rational enlightenment ideas, or a rejection of anti-semitism, made his posts read like revisionism.

Many of us went through a cycle of curiosity, discomfort, reflection followed by the partisanship of the convert. But even for those who didn’t, the challenge was compelling.

Most instances of Internet activism have been about harvesting existing support or giving energy and efficiency to already-existing viewpoints. Norm established what the necessary conditions are for the creation of an online project that actually changes minds.

I actually can’t think of another project that has changed minds as effectively as The Euston Manifesto. With all due respect and apologies to the other people involved, Norm was the one who co-ordinated the thinking.

It was his incremental work that smoothed the rough edges off it. Ideas that are going to gain traction need this kind of streamlining, and by the time The Euston Manifesto was published, it could be said to have created a new model for the promotion of political ideas.

That’s my fourpence worth. On the wider question of “political blogging”, October 2013 feels like the end of an era on that one. As the old ‘personal blogging’ space gives way to the social networks that are displacing it, it may be the case that we will soon be drawing a line under this particular episode and reaching our conclusions.

Has it improved the way we think, and talk about politics? The jury is still out on that one. But Normblog did. It cascaded and catalysed.

I only met Norm once. It was at the Adam Smith Institute, at one of the “Whither blogging?” jamborees they used to organise, in which three well-known bloggers would make short speeches about the pros and cons of the medium. Once done, the fun started and we’d all hit the booze. I hadn’t planned on going to this one, but days before it was due I got an email from Norm asking if I were attending and, somewhat startled that such an eminence was interested in meeting, I showed up.

END_OF_DOCUMENT_TOKEN_TO_BE_REPLACED 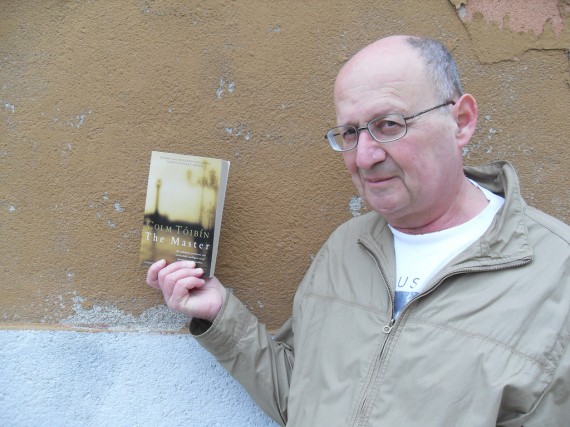