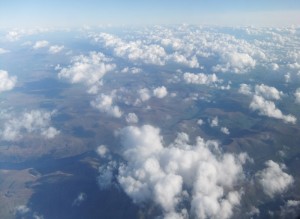 In the embryonic days of dovegreyreader scribbles I received a very unexpected e mail from The British Library. They wanted to download the blog on a regular basis to be part of an archive of the virtual world of the web, a record of social history and voices for the future. I would need to sign all sorts of official-looking permissions.

'Someone's having a laugh,' I thought, this couldn't possibly be for real, but I knew that Norman Geras's normblog was also archived in this way so I emailed him to ask his advice.

Heaven knows where they are keeping seven plus years of mine now, or even if they are still doing it.

I had been reading Norm's blog for some time and have done so ever since, I was honoured to be asked to contribute something about myself at one point, and some wonderful things are being written about Norm around the interwebs right now so I wanted to add my little bit.

I met Adele, and did a literary festival event with her a few years ago, but I never met Norm, yet somehow in the way this virtual world works, that didn't matter. His voice and the person shone through, becoming one of honesty, kindness and integrity for me and for many. I would read Norm's take on current political situations around the world, or general furores (Norm was brilliant on those) and think… well I didn't even know I was interested in that… but now I understand it.

Maybe I would agree, maybe I wouldn't, but at least I could fathom out my own thinking on it next.

His kind and even-handed post about the death of Margaret Thatcher, Norm's a voice of reason when there was so much vitriol being written about a dead woman, emphasised the capabilities of a fair and generous man to subsume his own beliefs and political leanings and get to the very heart of the matter…

"In a civilized society people owe a duty of respect to the dying, the recently deceased and the bereaved. It is a simple duty of humanity. Each of us faces his or her own death sooner or later, and routine as this is, it is also – each time – a minor tragedy: a whole life, a whole inner world, gone. Whatever differences we may have with another person, whatever dislikes, we should be able to see the irreparable loss involved and mark it appropriately. There may be exceptions to this norm – for mass murderers and the like – but they are few, and should not include democratically elected politicians within one's own community, however much they may have been hated by their opponents."

I thanked him for that post. Norm had echoed my own thoughts, sorted out my confusion and I felt better for reading his sage words…

To publicly rejoice at the death of a democratic political opponent, talk of dancing on her grave, hold street parties for the occasion, and so forth, is contemptible. It says more about the morality inspiring those who engage in such activities than it does about the object of them. Consider that one day it will be you who are dying, and whatever you have done or failed to do in your life, you will deserve the love of those who feel it for you and something better than cruel glee from those who don't.

I would read Norm's cricket posts and love them for his fanaticism and encyclopaedic knowledge about the game.

He would put these amazing everyday dilemmas of choice out on Facebook and ask people to decide.

I would enter his Christmas Literary Quiz every year, and the year I won it there was no shutting me up around here.

The legacy of writing he leaves on his blog will be an invaluable resource for so much, but there was also something else very special about Norm… he read the books that you and I would read. Nothing seemed to be off-limits for the Emeritus Professor of Politics, and this was reflected in what has turned out to be his swan song of a blog post. I had a feeling, as I read it last week, that he was leaving us something that would endure, and that perhaps we could 'play' with and share in and remember him by for many years to come, and so I printed it off.

Norm has called it a Book List With a Difference, a hundred books you might enjoy… because he had.

He had read and loved them all, every one. 'Good man, Norm. My favourite two Edith Wharton's on there,' I replied over on Facebook.

Of course printing off the list, as I did instantly, and counting up which ones I had read… tick…tick…tick… as I did immediately, and then publicly declaring 47 wasn't the point at all, but sometimes I just can't stop myself. The point was to compile a list of my own, then for sure I would have read them and would achieve 100/100 and feel good about myself rather than bullied by all those lists of 1000 Books to Read Before You Die. I can't be the only one who reads the opening lines of Keats's poem When I Have Fears and has a bit of a panic…

When I have fears that I may cease to be
Before my pen has glean'd my teeming brain,
Before high-piled books, in charactery,
Hold like rich garners the full ripen'd grain;

Norm knew he was dying and I think he was making sure we knew that it is entirely possible for us all to be deeply satisfied with whatever our lifetime of reading includes, rather than regret at what we may have missed or not had time for. That said, lists of books are just far too enticing for us book-lovers, and I know I for one will be reading a few from Norm's list in quiet memory of him, because for them to be included at all is the only recommend I need.